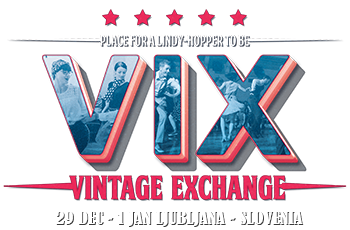 Both residents and numerous visitors perceive Ljubljana as a city made to the measure of man. Ljubljana is classified as a mid-sized European city, but it has preserved its small-town friendliness and relaxed atmosphere while providing all the facilities of a modern capital. It is a very unique city dotted with pleasant picturesque places where you can expect all kinds of nice little surprises. During winter, its dreamy central European character prevails, and during summer its relaxed Mediterranean feel. Due to its geographical position, Ljubljana is a perfect base for exploring the many faces and beauties of Slovenia.

Uniqueness wherever you turn

Ljubljana has preserved evidence of a five thousand year history including, among others, the remains of the Roman city of Emona and the old city centre with its medieval castle, Baroque façades, decorative portals and uneven roofs. Other significant bits of the city mosaic are picturesque bridges across the Ljubljanica river and the vast Tivoli park, which stretches into the very city centre.

Ljubljana’s present appearance is partly due to the Italian Baroque and partly to Art Nouveau, which found expression in numerous buildings constructed after the earthquake of 1895.

In the second half of the 20th century, it was the world famous architect Jože Plečnik that put an indelible personal stamp on his native Ljubljana. The city’s appearance was further shaped by his students and a new wave of renowned young Slovenian architects.

A city of culture

Among other things, Ljubljana boasts one of the world’s oldest philharmonic societies. Each year it hosts over 10,000 cultural events, from prestigious musical, theatre and art events to alternative and avant-garde events, notably including 14 international festivals.

Ljubljana’s character is mainly due to a unique and felicitous mixture of two very different but complementary features: on the one hand, the city is famed for its historical heritage and tradition, but on the other, it is a relatively young city with a modern lifestyle whose residents’ average age is only slightly above 30.

Ljubljana is visited by numerous scientist attracted by the international reputation of its university, world renowned artists fascinated by its vibrant and creative spirit, businessmen attending business meetings and trade exhibitions, and international experts attracted by conferences held in the city.

A base for exploring Slovenia

Ljubljana’s surrounding areas, packed with natural beauty and cultural sights bearing witness to the city’s dynamic history, are renowned for their walking, hiking and cycle trails and traditional culinary delights.

Distances between places in Slovenia are short, which makes Ljubljana a perfect base for exploring the country’s diverse beauty. Within a single day you can visit the Slovenian coast and high mountainous regions, and experience the Mediterranean, Alpine and continental climate.

Ljubljana is one of the lovliest Europe`s cities.

In December she develops a special magic. Embedded in milins of colourful lights, with her hidden little coffee shops, stands where you can by handmade gifts and get some glue wine or hot gin, to warm your fingers and soul, special sent of roasted almonds is in the air and people are meeting, chating and enjoying.
We have decided, that we would like to bring that special feeling to our dearest friends, dancers. So now we invite you for 3 parties with tasters at beautiful location in the heart of Ljubljana. Competitions, nice local teachers, international DJs and live music for special New Year`s party.

Come and jump into "new 20`s with dancers from across the world".

We will make sure, you will be among friends!